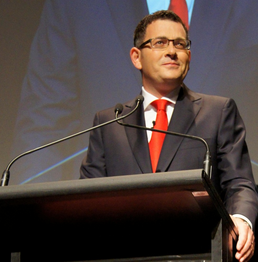 The solar industry has welcomed a new program announced by the Victorian Government to provide power bill relief for households through new solar power systems.

Homeowners are to receive half price solar systems in a $1.24bn pledge by Victorian Labor Government. Clean Energy Council Chief Executive Kane Thornton said the Solar Homes Package will also encourage thousands of new jobs in the state, making it a win-win for families and the solar industry.

“While rooftop solar is an increasingly attractive proposition, this program will support even more Victorians to embrace greater energy independence through solar and storage technology,” Mr Thornton said.

The premier, Daniel Andrews, Unveiled the plan in suburban Moorabbin on Sunday, promising that 650,000 homeowners over 10 years will get access to more than $4,000 each to install panels, paying back half over four years. “It will get done under a re-elected Labor government saving hardworking households just about $900 each and every year,” Andrews told reporters.